The city of Varna is situated in the North-Eastern part of Bulgaria, on the Black Sea shore. Varna is the third largest city in Bulgaria and the largest one on the Black Sea shore with population of about 330 000 people. Because of its history and its economical and cultural significance, it is often called the Sea Capital of Bulgaria.
The average January temperature in Varna is +1.7 °С, the average July temperature is +22.8 °С, and the average annual temperature is +12.2 ° С, which makes it very appropriate for holiday sea tourism during the warm months of the year.

The town was established in the 6th century BC under the name of Odessos by emigrants from the town of Milet in Asia Minor. For a short time it turned into a polis and one of the most important ports and commercial centers on the Black Sea.

For a few decades Odessos was within the borders of the Macedonian Empire of Alexander the Great, but later it reestablished its independence and again rose as an economical, commercial and cultural center. The city was coining its own money which is an evidence of its development. In the 15th year AD Odessos was included within the borders of the Roman Empire. In 1201 the Bulgarian tsar Kaloyan (born 1168– died 1207) integrated the town to Bulgaria, and in 1366 Varna was given to the Dobrudzha ruler Dobrotitsa, and it had served as his capital. In 1398 Varna was conquered by the Ottoman conquerors. During the Revival (18th – 19th century) it was developed as a cultural and commercial center.

The strategic position of Varna on the map of south-eastern Europe has turned the city into one of the largest settlements on the Black Sea shore since antiquity. Multiple monuments presented today in the city Archaeological Museum date back to this period. The museum’s impressive collection includes the finds from the Varna chalcolythic necropolis – the oldest golden treasure in the world found by now, dating back to six thousand years ago.

Among the rest of the museums, some of the most interesting ones are the Maritime Museum and the Ethnographic Museum. The Maritime Museum collection includes articles related to the Bulgarian military and commercial shipping. The Ethnographic Museum presents the rich diversity of culture and the style of life of the population in Varna region from the second half of the 19th and the beginning of the 20th century.

As a cultural center, Varna has built one of the largest and richest fine arts galleries in Bulgaria.

An exposition of icons painted in the Age of Revival, are kept in the church St. Atanasius, built in the 18th century, and one of the most interesting historical landmarks of the town – the Roman Baths – the largest Roman bath on the Balkan Peninsula with an area of 7000 square meters, is situated in close proximity to it. It is the forth in size in Europe, after the baths of Karakala and Diocletian in Rome and in Trevira (Trier, Germany). It was used until the end of the 3rd century.

Another tourist site which deserves attention is the Aquarium. It is a center for popularizing the Black Sea flora and fauna. It presents the first and only biological exposition in the country. In the Dolphinarium, situated in the Park by the Sea, the tourists can enjoy a unique dolphin show, presented in an interesting way by the dolphins and their trainers. It is conducted in four languages simultaneously: Bulgarian, Russian, German and English, and includes multiple attractions, such as acrobatics, balancing, music, singing, dancing, and games with the audience. Its duration is 40 minutes.

The Ecological Park of the University Botanical Garden is situated close to Varna, in the holiday resort of St. Konstantin and Elena. This is the first ecological park in the country which combines artificial and natural ecological systems. The park is situated on an area of 360 dca. The plant collections include more than 300 species of exotic trees and bushes, and the herbaceous plants are more than 100 species. The ecological park offers exotic encounters with plants from around the world: sea pine, tulip tree, ginkgo biloba, sterculia, parrotia persica, broussonetia papyrifera, evergreen oak, mamont three, etc. More than 30 rose species are cultivated in the Rosery.

Another tourist site which must be visited is situated at a distance of about 14 km from Varna, on the road to the resort Zlatni Pyasatsi. This is Aladzha Monastery – one of the few rock monasteries in Bulgaria, in which the individual premises with different functions can be differentiated. The rock monastery is situated in the central part of the Natural Park Zlatni Pyasatsi – a protected territory with rare tree species. The beautiful nature around, in combination with the historical and Christian landmarks makes it a wonderful place for cultural, worship and ecological tourism. From 2009 a unique audio-visual performance entitled Legends of Aladzha Monastery is presented in Aladzha Monastery. It is a new tourist attraction for the guests of Varna and the Black Sea region.

The day of Varna is celebrated on the day of The Assumption of the Holy Mother – 15 August.

The city offers practically indefinite possibilities for accommodation. The hotels are numerous and diverse in categories and prices. Accommodation is also possible in the nearby resorts – Zlatni Pyasatsi, St. Konstantin and Elena and Riviera. There are a few accommodation bureaus in the city which are related to one another with an updated information transfer. The options for catering and entertainment are also rich – seashore restaurants, pizzerias, snack bars, beer-houses, catering and fast food establishments, clubs and discotheques. Make good use of the fact that there are multiple restaurants in the town, offering a diverse variety of sea food.

The sea garden of Varna offers multiple entertainment options – there is an amphitheater, an astronomical complex, an observatory, a planetarium and a tower on its territory, as well as multiple entertainment platforms and a small rowing channel for children, a pool for water wheels and a zoo. The summer theater is a center of multiple events, as the most significant of them are the Varna Music Days, the world-famous International Ballet Contest and the Days of Varna Summer – triennial of arts.
The central sea baths and the beach are situated below the Sea Garden. They were constructed in the beginning of the 20th century and include policlinic, water and mud-curing complex, two quays, a few restaurants and discotheques.

Various water sports can be practiced on the beach – beach volleyball, surfing, diving, jet skiing, boat trips, banana boat rides, etc.
Varna is a city which is very appropriate for health tourism. It successfully combines resting at the sea side with healing camps, pre-hospital and hospital treatment, recreational services and healthy way of life. A training golf course is situated in close proximity to Varna, in Asparuhovo residential section, and other 3 large and modern golf courses are also situated not far from the city, by Kavarna and Balchik. Multiple options for practicing hunting and fishing tourism are available in the region of Varna. There are 6 forests and 3 hunting farms in the region. 8 hunting huts are situated on their territory.

Visit the hidden GEM of Europe and share the secret with your friends! 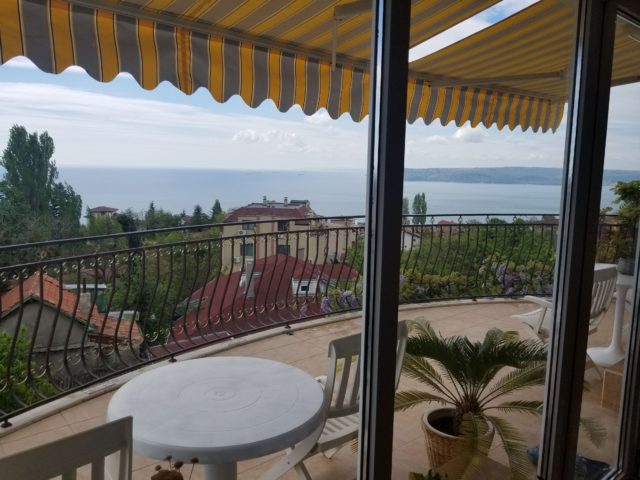